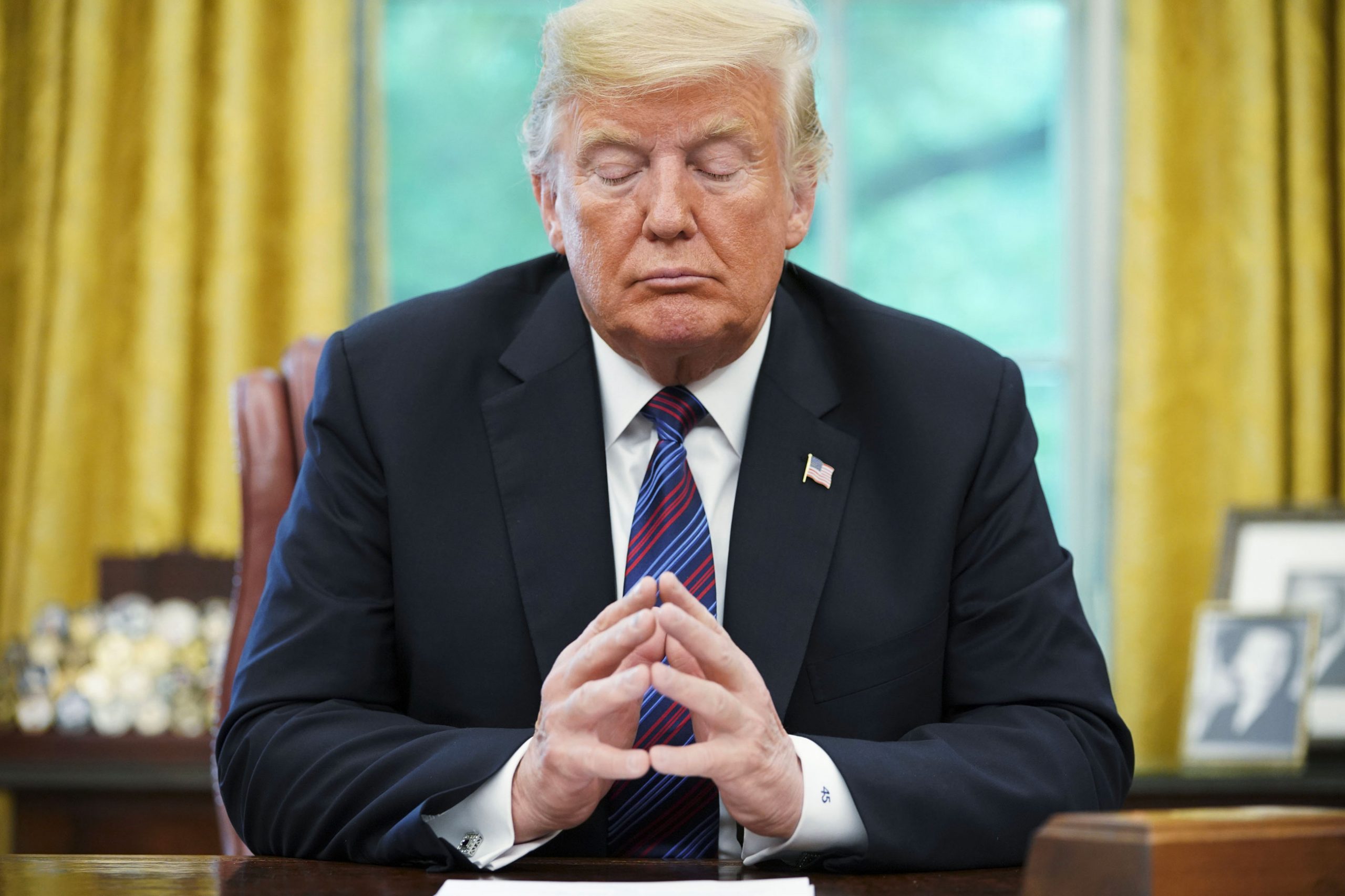 New York.- The outgoing president of the United States, Donald Trump, continues to relentlessly squeeze Mexico, this time with a surreptitious trade offensive that threatens to hit Mexico’s economy with the loss of thousands of jobs, undermine its economic recovery and lays the foundation for the first serious problem for the bilateral relationship once Joe Biden moves in to the White House.

The lead character for Trump’s latest maneuver, according to Canadian and Mexican sources consulted by Mexicanos Contra la Corrupción y la Impunidad (MCCI), is the lead US negotiator of the Mexico-United States-Canada Trade Agreement (USMCA), Robert Lighthizer, who has embarked on a campaign that seeks to weaken auto companies operating in Mexico and Canada, with the potential to freeze foreign investment by the industry in both countries and significantly increase unemployment in them.

Executives of two companies in the industry that would be negatively affected by Lighthizer’s offensive confirmed to MCCI that the United States Trade Representative (USTR) aims to transfer some operations of American and foreign automakers that are currently in Mexico and Canada to the US, in violation of a series of provisions on regional content and labor included in the USMCA.

Research by James Rubenstein at the University of Miami highlights, for example, that the vast majority of engines and transmission equipment for light vehicles in North America is produced within the region and that only 31 percent of vehicles manufactured in North America in 2018 were assembled in only one of the three member countries. Lighthizer wants a bigger slice of the pie for America.

«I can only characterize it as bullying, a gross bribery operation towards the auto (companies) and a betrayal of the very trust that the three countries built during more than two years of negotiations to reach the new treaty,» said a senior Canadian official, who like other sources requested not to be identified by name due to the political sensitivity of the issue and the upcoming transition at the White House.

In its approach with US and foreign automakers that operate in Mexico and Canada, Lighthizer seems to be offering them better conditions if they move some or all of their operations to US territory, which would require important changes in the assemblers’ production systems. The USTR is in fact incenting them to ignore the percentage of national origin foreseen in the USMCA.

It is a reinterpretation of the rules of origin for the automotive sector and its uniform regulations, including the calculation of the regional value content of the cars, which must be complied with to be free of tariffs.

Since the implementation of the North American Free Trade Agreement (NAFTA) in 1994, the auto industry began to integrate its operations in the region at great speed. In 2018, more than 16.9 million light vehicles (cars and trucks) were produced in North America, most of which were sold within the region, according to Charles Evans, president and CEO of the Federal Reserve Bank of Chicago.

In 2020, there are 14 companies producing vehicles in North America. Five of them began to do so in the United States after 1994, nine have production plants in more than one country in the region, and with the exception of two of the 14, the rest have their headquarters outside North America.

«We are surprised by the daring way in which the United States invites us to consider what it believes are better conditions,» said a top manager of an Asian auto company with operations in northern Mexico, who declined to elaborate the details without consulting his headquarters first.

The Mexican automotive industry chose silence when approached about the possibility of a new crisis. The General Director of the AMIA, Fausto Cuevas, did not respond to messages seeking an opinion on the matter, and the communications manager of the Mexican Association of Automotive Distributors (AMDA), Miguel Angel Camarena, said that they will not comment for now.

A CALL FOR CONSULTATIONS

After learning about Lighthizer’s latest maneuver from the auto companies, trade officials in Mexico and Canada approached their counterparts in the United States to inquire about the issue.

According to a Canadian diplomat in Washington, officials from the USTR, the Mexican Ministry of Economy (SE) and the Canadian Ministry of Foreign Affairs and International Trade (DFAIT) held a virtual meeting about three weeks ago, in which Ottawa and Mexico City expressed concern about the case and tried to stop Lighthizer’s campaign.

«They did not get the expected response and that triggered preparations to submit a call for consultations», a consultant on international trade for the Mexican government and the private sector said. He had been briefed by officials that participated in the October meeting.

Under the terms of the USMCA, the summons to consultations with the United States is the first step in what could be a prolonged and indefinite process if it goes all the way to the establishment of a dispute settlement panel, with the inherent uncertainty for the industry and the economies of Mexico and Canada, which like the rest of the world are already affected by the impact of the COVID-19 coronavirus.

The result of the US presidential election has brought temporary relief. Both Canada and Mexico decided to take a pause while waiting to receive a signal from the team of President-elect Joe Biden, either through his transition team or once the new administration starts on January 20th.

Team Biden’s signal, however, may not be the same for Canada and Mexico, it may have different timing, or both.

«Mexico is clearly not helped by the fact that López Obrador continues without recognizing Biden’s victory, nor by the far-fetched and contradictory explanations of some of his officials in Mexico City», a former United States ambassador to Mexico turned private consultant told MCCI. .

«As the Mexican saying goes,» he added, «kindness does not take away» anything. «It is a critical strategic mistake, Trump is not going to change Lighthizer’s direction and Biden could use this issue as leverage with López» Obrador.

Although inherited, the case is set to become the first formal dispute of Mexico and Canada with the incoming administration of the United States. It is expected that Biden’s team will receive feedback from people who survive Lighthizer’s departure at the USTR, as well as from top private sector organizations and unions.

A USTR spokesperson declined to comment, while Mexico’s Ministry of Economy spokesperson, Carmen Luna, said that «at the moment the Ministry has no comments» on the matter.

Figures from the Ministry of the Economy and the Mexican Association of the Automotive Industry (AMIA by its acronym in Spanish) indicate that the automotive industry contributes 3.8% of the Mexican Gross Domestic Product (GDP) and generates about 980,000 jobs, on which more than 3.6 million Mexicans livelihoods depend.

* Ricardo Alday is a former diplomat and a journalist 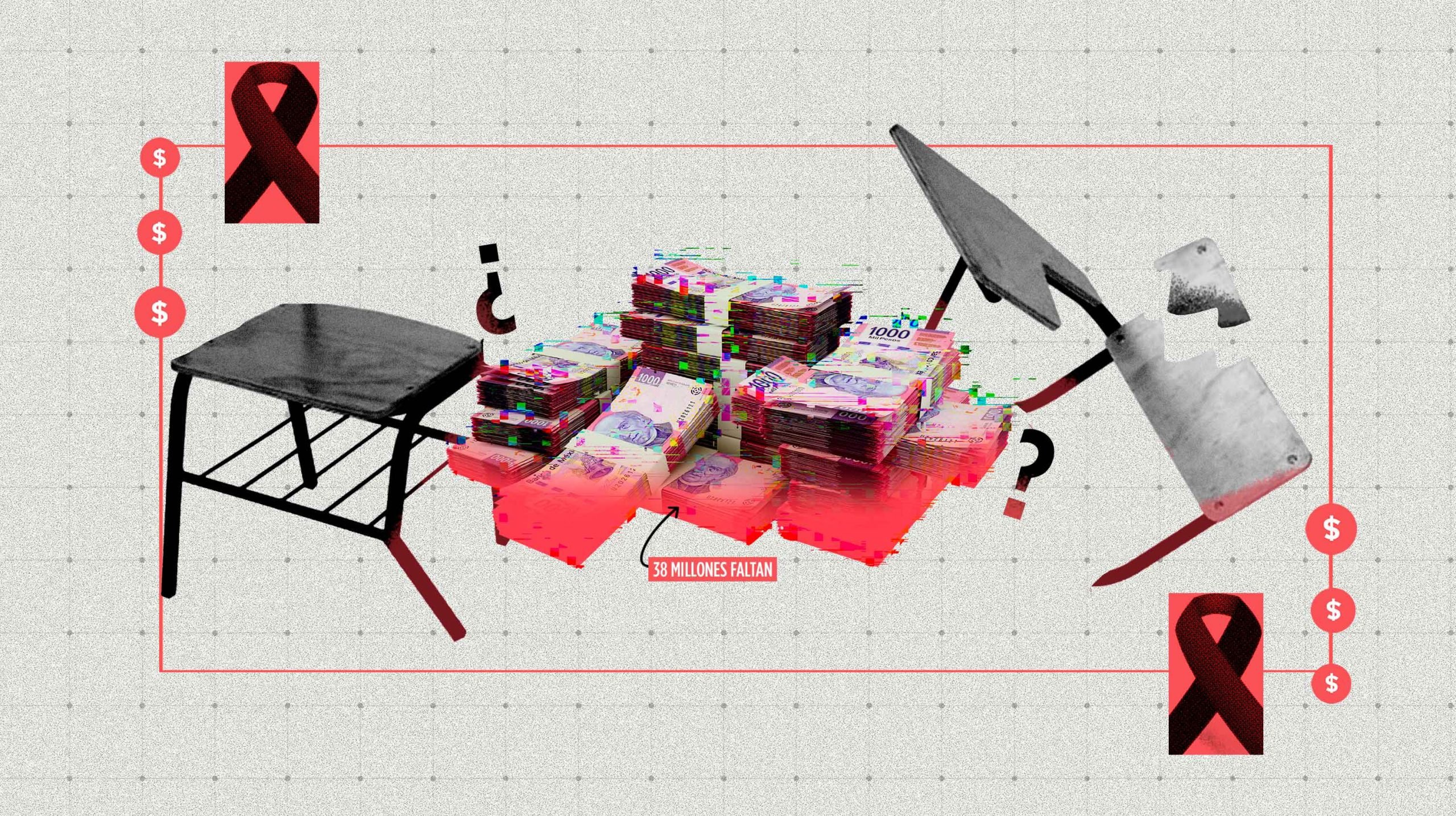 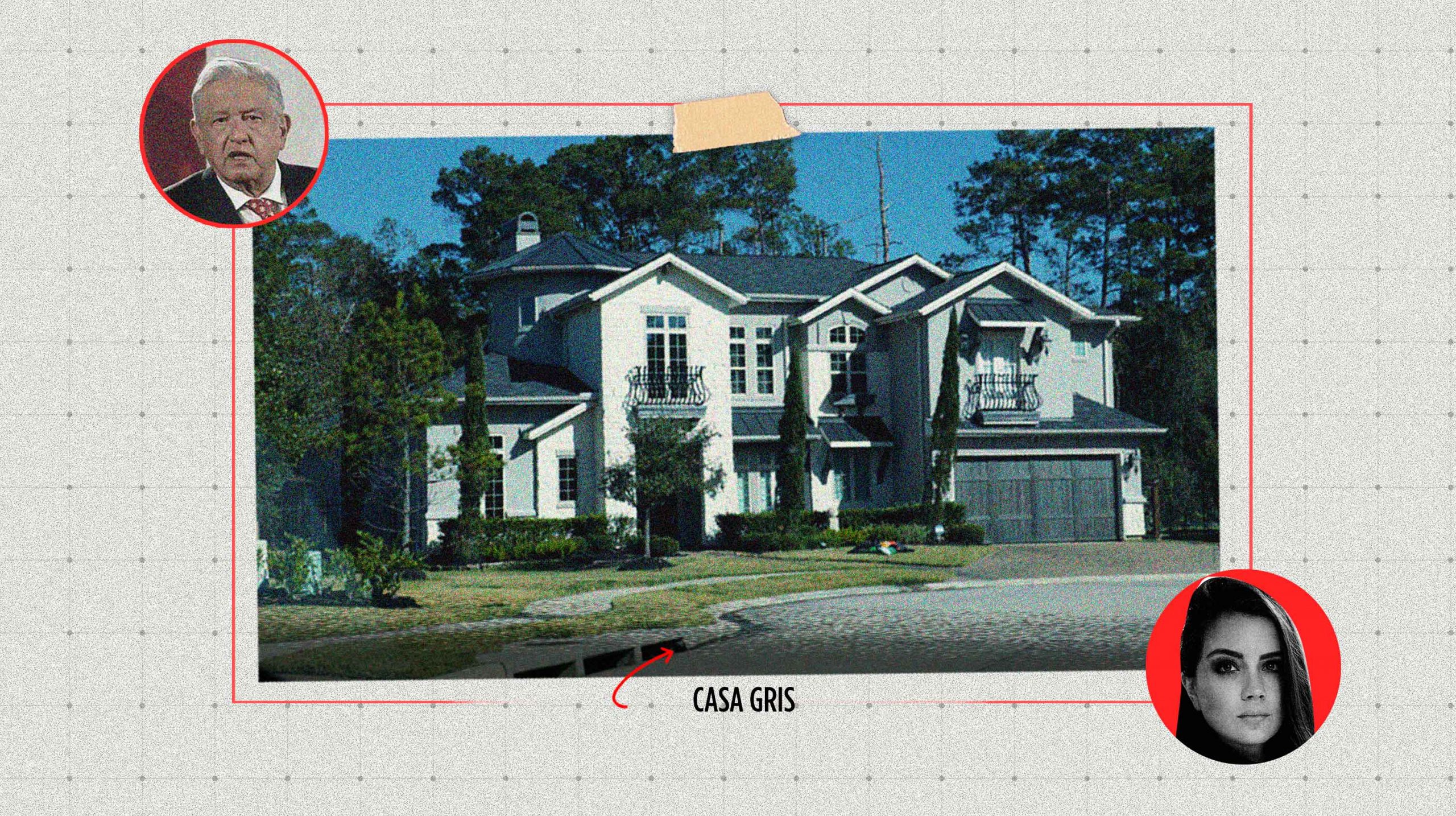 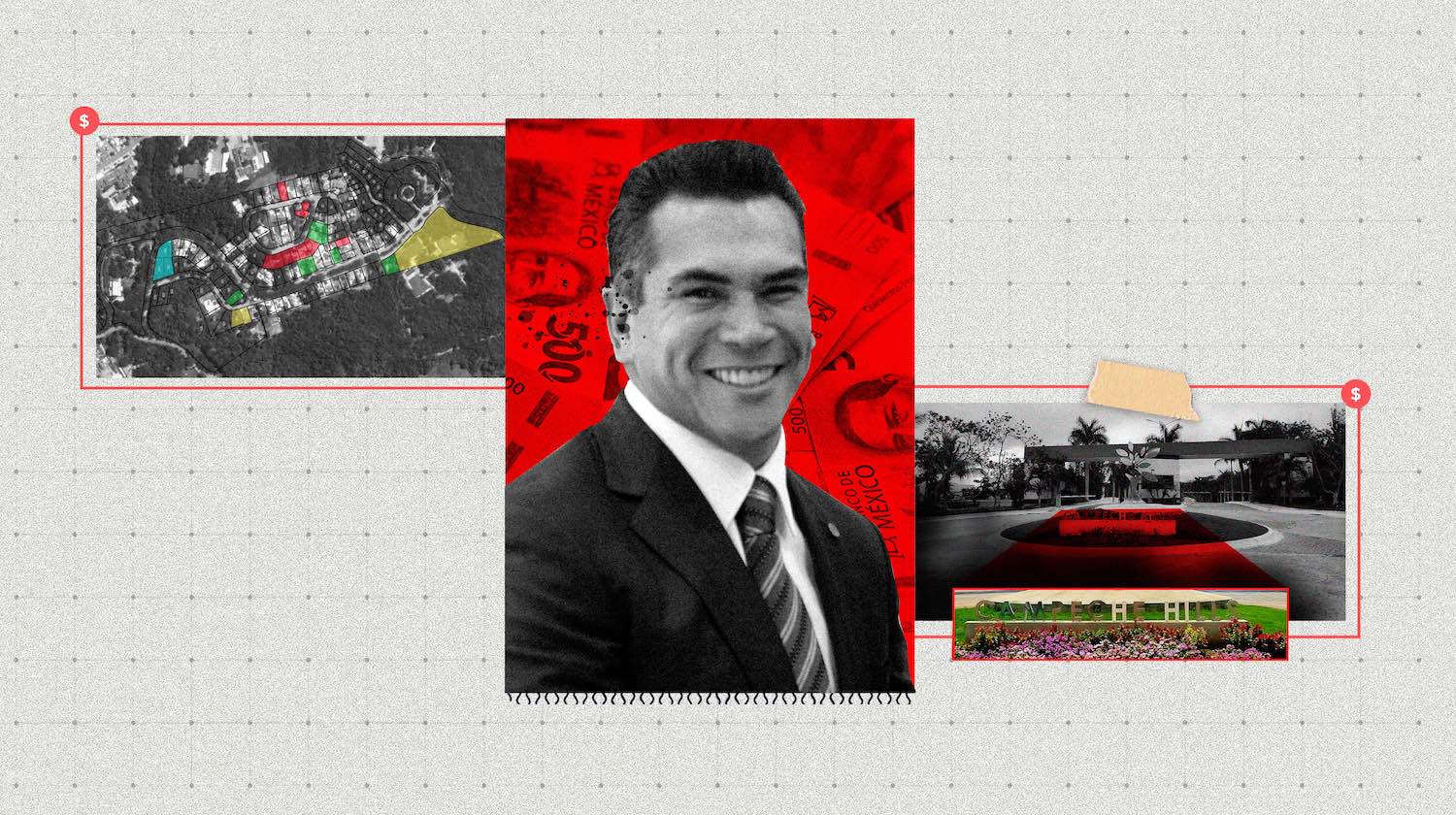